The first issues of old Daily Mirror newspapers carried advertisements on the front page, which helped pay towards the costs of running the newspaper. However, the publication was transformed into a pictorial paper on 26th January It featured engraved pictures on the front cover and was briefly renamed 'The Daily Illustrated Mirror', but this title only remained until 27 April , after which it reverted back to the old name of The Daily Mirror.

Several other changes took place on the publication at this time, as it searched for increased readership. The female journalists were replaced and 'A paper for men and women' was added to the masthead. Furthermore, the price of the newspaper was reduced to a halfpenny.

The Daily Mirror's circulation subsequently flourished from 38, copies at the end of November to , copies by February The average daily sale by that time had reached more than one million copies. Lord Rothermere sold his shares in the Daily Mirror between and , but this did not mark the end of the Harmsworth dynasty's influence on the newspaper. Cecil Harmsworth King Lord Rothermere's nephew and Advertising Director together with Harry Guy Bartholomew Editorial Director pioneered a revolution at the Daily Mirror during the s and s, transforming the publication into a left-wing paper for the working class.

However, according to Daily Mirror history during the circulation of the free weekly magazine, this was printed for only nine months. In , IPC was taken over by Reed which it part owned in a reverse takeover and the new company was named Reed International. Mirror Group Newspapers was subsequently sold to Robert Maxwell on 12th July , who was proprietor of the Daily Mirror until his death in November The Daily Mirror began to regularly print colour photographs on 2nd June It moved to full colour production on 2nd April , as the newspaper was redesigned with a new look, introducing new headline and copy fonts. 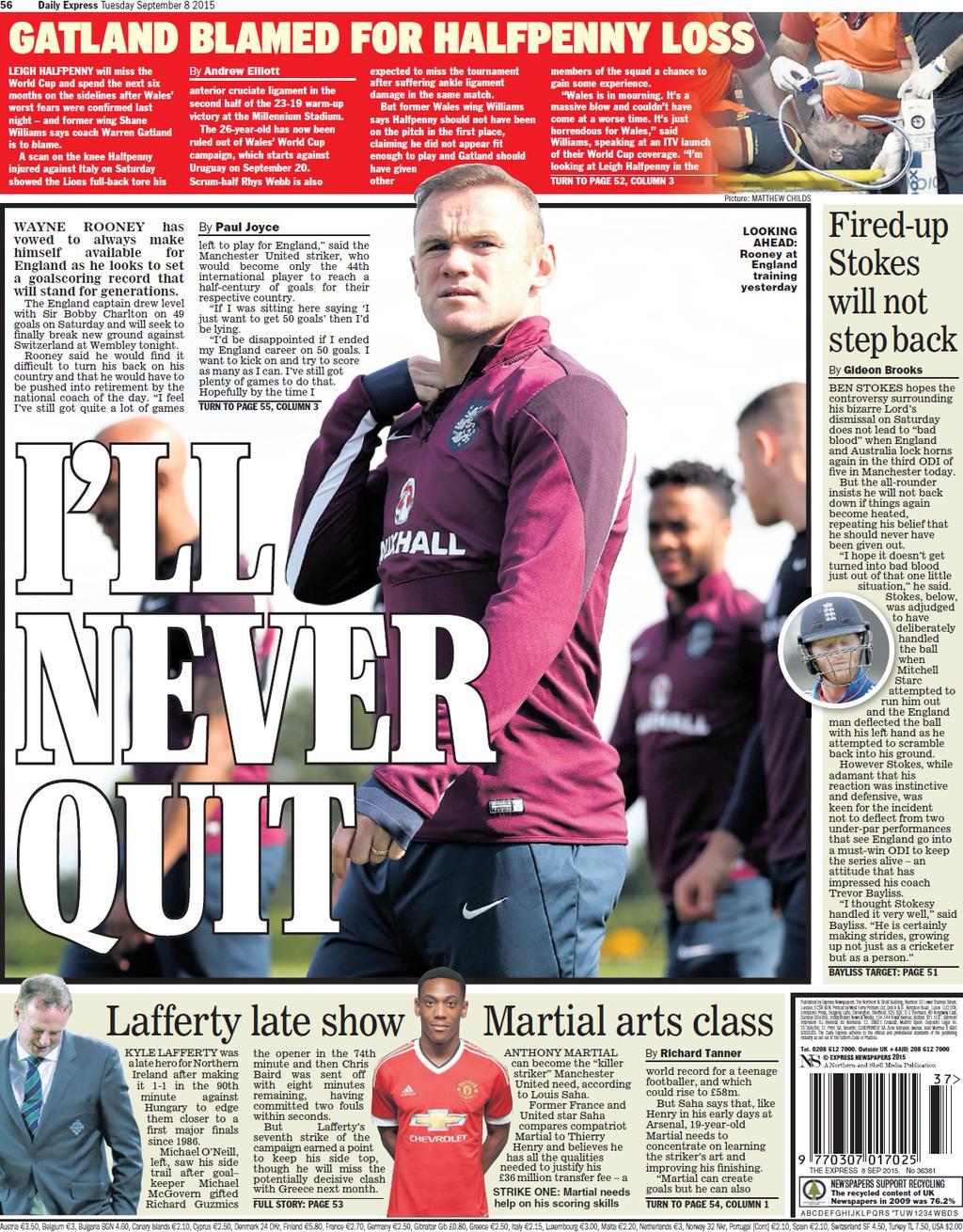 Sagicor confident of Q4 greenlight. Wanted: A spicing up of Brand Caribbean. Is NGC seeking to reinvent itself? Checking for mosquito larvae. Preedy, tells the story of his community. O Come All Ye Faithful. Blazing saddles. No gift? Multiple mas bands launch at NAPA.